Avaya is a global leader in communications, delivering both sophisticated hardware/ endpoints and software platforms for Unified Communications and Call Centre management - complete solutions for business communications. Here we look at some of the conference phones which make up the portfolio.

The latest range of Avaya Conference Phones is the B100 Series Conference Phones which comprises the B149, B159, B169, B179 and B189 models. These units allow connection to traditional telephone lines or to UC IP networks and have a host of features designed to allow increased efficiency and collaboration in the workplace. 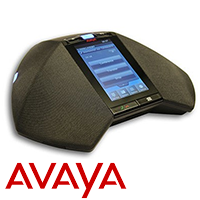 Top of the range Avaya conference phone has a large ( 5 inch ) capacitive touchscreen which makes operation a breeze.
In Avaya's words "Simplicity and ease-of-use are two key principles of all Avaya solutions.".
This executive model comes with advanced noise supression filters to minimise background noise.
The B189 was designed for use on the Avaya Aura software platform, ( Unified Communications enterprise collaboration software ) it will work well with almost any telephone system.
It has a 20 foot range and can be expanded with additional microphones.
The B189 is a perfect conference phone for business meetings.
View theAvaya B189 Conference Phone » 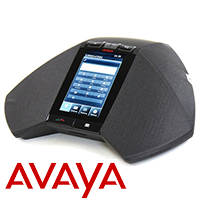 The Avaya B179 is a SIP based conference phone with OmniSound 2.0 wideband.
The inbuilt guide allows one touch creation of a conference call to a preordained group.
It can be used for larger conferences with additional microphones, wireless headsets and even a PA system.
IN Avaya's words : "Simple, sophisticated solution extends crystal clear sound and smart productivity features to board rooms and large conference rooms" .
The Avaya B179 is operated via a 25 button interface and a clear monochrome LCD screen.
View the Avaya B179 SIP Conference Phone » 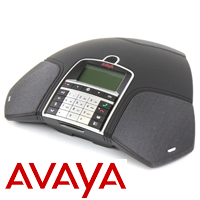 The B169 Conference Phone also comes with the high end audio features of the B179 and B189 units with wideband OmniSound HD, Omni Directional microphone.
As it works wirelessly over DECT it gives the user the freedom to place it wherever most convenient in the meeting area.
As Avaya notes "Enjoy a new level of freedom and convenience with wireless conference calling".
View the Avaya B169 Wireless Conference Phone »