How to describe the ADAPT 460T?

I was not convinced to tell the truth when I first looked at this headset style. It seemed ( and is ) completely different to any of the styles that I was used to. In general business headsets tend to stick to the classic form of over the head – with one or two ear pieces and a boom microphone of sorts.

It is a product now labelled the EPOS ADAPT 460T, but with a design and build that started off somewhere in the heart of Sennheiser country – its proud lineage is clear from inspecting the build and subtle inflections of design which bring a subtlety to the form of this headset.

The headset is formed of what could be described as a horseshoe design which sits round the back of the neck. This part contains the ‘guts’ of the headset, along with the microphone and call controls. From each side of this worm small in ear speakers of the sort that adorn most wired audio headphones. The ADAPT 460 is described as an ‘in ear neckband’ headset.

As the ADAPT 460 ( to avoid confusion these are part of the ADAPT 400 range ) is a Bluetooth headset one can connect it directly to phones and tablets or ( via the supplied dongle ) connect it to your computer. It is available in two versions ( UC and Teams ) which allow simple connection and usage of your VoIP/ Unified Communications / Microsoft Teams platforms.

At first I will admit that the concept was foreign to me, but I put the neckband on and powered up and inserted the ear pieces. My first foray was using it as a mobile headset.

Once I had gotten used to the controls ( read the manual ) I found it the most delightful headset to use. As someone accustomed to ear buds it was nice to be able to remove the ear pieces without worrying about losing them. 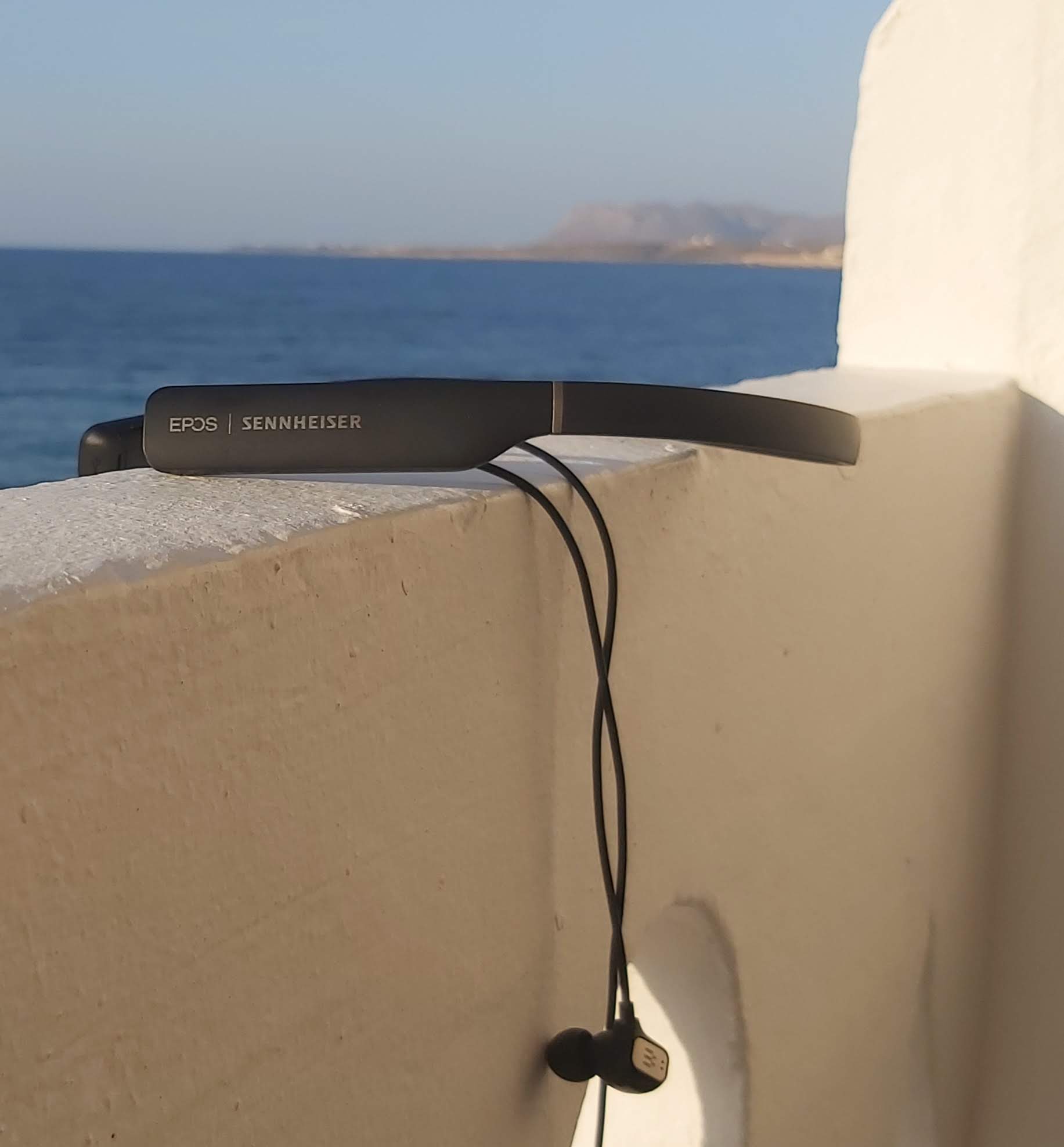 The Adapt 460T ( Microsoft Teams Edition ) was road tested extensively on the island of Crete, Greece.

Using the Adapt 460 with Teams

The headset comes with a supplied dongle. This pairs automatically with the headset and you are good to go. I used this headset in SoftPhone and UC/ Microsoft Teams scenarios whilst working from home and found it superior to my previous in ear solution. It is extremely lightweight and it is very handy to be able to remove the ear pieces at will. This most definitely is a headset that I will wear again.

I found that this headset was perfectly suited to a variety of environments . The sound quality is great for just listening to music at the desk or whilst commuting; its ease of use and comfort makes it ideal for home workers or anyone in the office. It is a novel design concept which works. That, all bundled in with great design and smooth operation makes it well worth considering for your next headset purchase,